in my lists :D


not bad for the first part !! i just watched this movie today it was not bad well everything seemed to be normal at first but things really started to change to the better when that spirit dragged Catie from her feet all the way to the other room , that maybe she killed her bf at the end and her friend who she maybe got killed too when she saw something anyway the end still unknowing cant wait to see the next part.


well i can say that this movie was absolutely perfect u feel much exited when u r watching it for the first time or watching over and over cuz it looks much realistic just like a true life story i dont know why some people think that its reaaaly scary and stuff but its not ,its unique just a little scary but not that much, from the best things i like in this movie the amazing performance of natalie and Mila as well but of course natalie's one cuz its just a masterpiece!!: the great dancing, in mastering the role the innocent shy girl and also the make out scene :3 but i think the best part in all this movie was the black swan dancing scene even it wasnt realistic like she thinked the magical wings transformation came with great dancing that was realy awesome :D .


the movie is awesome unique romantic and lovely from the best-est Lindsay's movies i loved the story the acting and the ending .


the movie is really funny its even better than the original itself the acting was freaking awesome and u really feel that it dosnt make u feel bored at all its perfect,hilarious and so worth watching i think that they should make part 2 !


Mirror's Edge is a single-player first person action-adventure video game developed by EA Digital Illusions CE (DICE) and published by Electronic Arts.the game is great from the best-est games Ive played yet also the music video of it u can jump ..climb ..fight ..run.. The setup is simple. There's a nebulous government attempting to squash the resistance networks of which you're a part. You play as Faith, a remarkably athletic runner caught in an ill-defined web of conspiracy and betrayal, and it seems your only way out is to run your ass off also i can say that this game has a bit of excitement and with a really nice design even its repeating much sometimes and not having the abilities of using weapons much but it stills not bad anyway.


Prototype which is is a single player, open-world action game in the style of Crackdown or The Incredible Hulk You play as a man who is called Alex Mercer gifted with superhuman powers and the option to go most anywhere you like and do most anything you want once you get there. It's sandbox gaming with a heavy focus on pure action the game happens to be in new york city .Alex mercer,this is a man who has lost his memory, but awoken in a morgue to a world in which he possesses untold power. A viral outbreak has claimed Manhattan, forcing the island into a military quarantine. The infected citizens are undergoing radical, monstrous changes -- none more drastic than Alex himself. This anti-hero finds himself with the ability to shape shift and absorb other beings. As the most powerful being on a closed island, the entire city is your playground. And it is a game world that feels unfinished.As you work your way through the game you'll unlock new and ever more exotic powers. There's an air dash and a glide move that help you quickly travel from one side of Manhattan to the other. There's a massive elbow drop that can destroy a tank in one hit. There's even a whiplash arm that can be used to latch onto passing helicopters to hijack them, Just Cause style. These moves give Prototype its personality. These are what set it apart from most other sandbox games and make it worth a look. Sure there are a few guns to fire and some tanks you can drive around, but the real draw here is the fact that you can turn your arm into a giant blade and then dice monsters with it. Or, if you're a bit twisted, the draw is the fact that you can grab a person by the neck and simply run across the city with their flailing body in tow.the game has an amazing
Prototype is a game with many cool features. However, it lacks many of the finishing touches that make for a great and memorable game. To say the graphics and game engine need work is a massive understatement and many of the missions are cookie cutter in design without any real focus or attention to detail. Thankfully, Alex Mercer's absorbing and shape shifting powers manage to overcome many of the shortcomings of Prototype. Though the missions themselves aren't anything special, the vast array of powers provides their own variety and flair.


the movie is realy not bad and worth watching cuz i believe it tells a true story or something like that,there is some comedy and a little bit of exitment and romance in it its realy nice to watch.


almostly i can say its the same as the first part, even there is some few changes in it but that dosnt mean nothing the movie still great realy and its realy fun to watch .


As everyone u know the good movie always from his trailer so yeah The movie is realy funny it was realy nice to watch it great acting and preformance and much helarious scenes 4 on 5 stars rating realy worth watching cuz i believe it was from the the best movies of 2009 that i watch .


great story and gameplay its a realy nice game exiting not much scary but its full of scenes great features and realy good characters and a good action !!

The Evolution of My Profile (28 image items)

luuhs
Posted: 7 years, 8 months ago at Apr 10 4:27
Hello there, I don't know if you would be interested, but, I'm rebooting a competition around here and I would like to know whether you'd be interested in taking a part. Here's a link for you to check it out: 2015 - Who's Listal's Favorite Female Model

hi..How are you??hope you are fine..A new disney world list is here..
www.listal.com/list/disney-characters-modern-world
hope you like it..thanks alot for your time friend.. 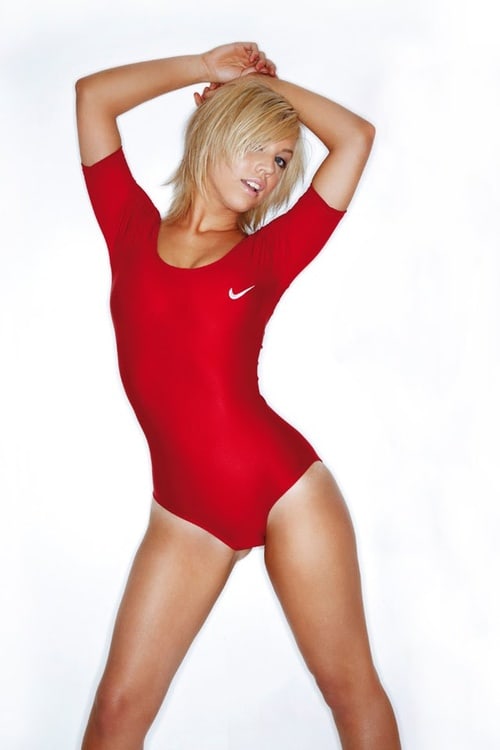 Meganfan
Posted: 9 years, 4 months ago at Jul 22 5:08
my tribute list to M♥rilyn Monroe
www.listal.com/list/copy-of-mrilyn-monroe
hope you will enjoy it..
thanks alot for your time...

luuhs
Posted: 9 years, 4 months ago at Jul 20 0:46
Did you miss me? Well, miss me no more, cause I’m back here to finish what I have started. I think all of you who have participated deserve to know how it ends. Meaning I’m going to finish my “Who’s Listal’s Favorite Female Model” list, and later on see what happens, if I’ll be staying or leaving once that is done. We’re very close to arriving at the list’s top ten, so, every vote counts, especially cause in this next 20 days, half of the girls who are still on the list will be eliminated.

I am M
Posted: 9 years, 4 months ago at Jul 18 4:05
hey friend
this is my new list . hope u enjoy it
www.listal.com/list/nicole-kidman-gowns
thanks 4 ur time

thanks alot for all your time.

thanks alot for all your time.

Meganfan
Posted: 9 years, 5 months ago at Jul 8 8:23
i am working on this list from 1 week hope you will like it
www.listal.com/list/copy-of-mrilyn-monroe 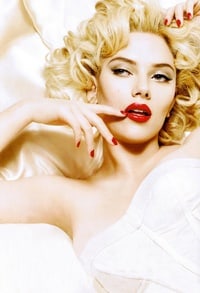 As always,...thanks for ALL the votes and comments!!

TrekMedic
Posted: 9 years, 8 months ago at Apr 10 16:36
I'm taking time to clean up my lists (removing dead links, duplicates, etc) for the next few days, so here's a list poll to hold everyone over:

As always, thanks for all the votes and comments!!

I am M
Posted: 9 years, 8 months ago at Apr 7 4:34
hi friend check out my new list .
hope you like it and thanks for your
time
www.listal.com/list/love-these-posters